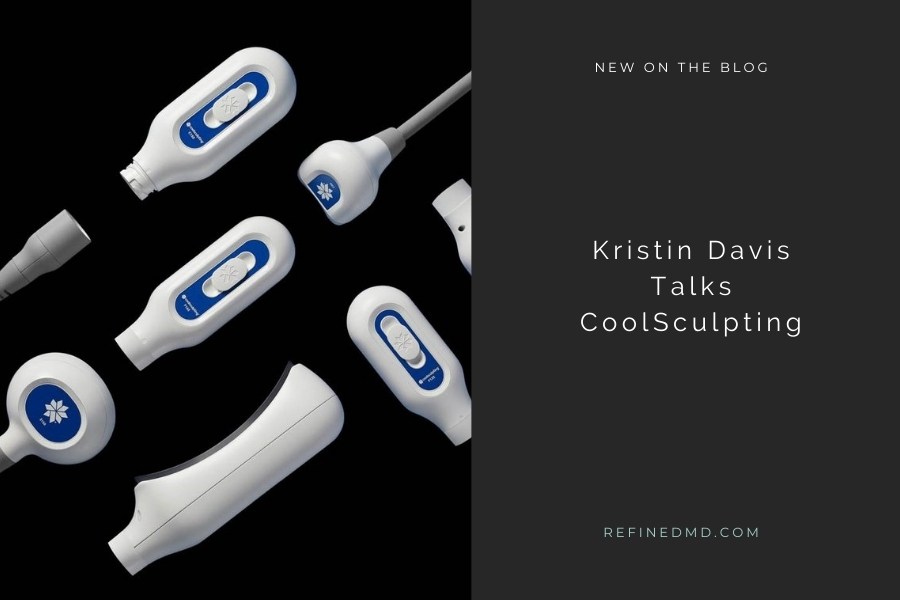 When Sex and the City’s reboot And Just Like That debuted, it seemed like all anyone could talk about was Kristin Davis’s (Charlotte York’s) lips—in particular, the so-called botched lip job. But do you know what nobody was talking about? Her subpar figure. Kristin Davis recently talked about some of the “work” she’s had done, including CoolSculpting on her abdomen. According to Davis, “The last job I did, I had to wear jeans and pants and everything, and I remember being a little worried because if you’re curvy on camera, sometimes it can look too curvy. So, when I heard about CoolSculpting, I was intrigued. But I had the misconception that in order to be a good candidate, you needed to have a lot of fat you were trying to reduce.”

It’s a common misconception, so Davis isn’t alone. In fact, CoolSculpting is not a fat-reduction procedure like liposuction. It’s a contouring and sculpting procedure. Ideal candidates are quite a bit like Davis: Those who are at or close to their goal weight but struggle with problem areas and would appreciate having a small amount of targeted fat cells removed. Although some clients might lose a pound or two of fat at the end of their CoolSculpting series, the real indicator of progress is how your clothes fit and in inches lost. Davis says, “For me, it was my midsection. I wasn’t horrible by any means, but it was one of those areas that wouldn’t change no matter how much I worked out or how well I ate. I had a lot of jeans I couldn’t fit into, and I really just wanted to button them comfortably. Looking back, I wish I had known how easy the treatment was.”

The Treatment Nobody Will Guess You Had

Unlike Davis’s lips (which we aren’t going to comment on or make any guesses about procedures!), when it comes to her figure on the reboot there’s no denying that she’s a stunner. Would you have guessed that she had anything “done” on her stomach or waist? Besides the fact that we often assume celebrities are constantly tweaking things, particularly as they get older, the answer is probably no. CoolSculpting is designed to help take your body goals to the next level and it works slow and steady—and that’s a great thing. Unlike liposuction, which is a surgery (with all the risks of surgery), CoolSculpting freezes away fat in a series of non-invasive cycles.

When fat cells are frozen at precise temperatures, they “die” and are metabolized safely by the body. This means that you’re not going to notice any difference right after CoolSculpting sessions. The body requires time to get rid of those fat cells. Most people start seeing a difference about one month after the first treatment with full results around six months after the final treatment. The majority of clients require 4 – 6 sessions per site for optimal results, with appointments spaced about one month apart. Since the process is constantly working, it’s a good idea to track your progress with photos and measurements.

Why Everyone Loves CoolSculpting

You might not be surprised that a celeb like Davis opted for CoolSculpting (and other procedures) but what might come as a shock is how many people just like you have discovered its benefits. You can’t “tell” who’s had CoolSculpting because it’s just so natural-looking. Plus, CoolSculpting is affordable and can fit into most budgets. It’s non-surgical, too, so there will be no downtime or incision scarring. CoolSculpting sessions take about 30 minutes per site, and are so comfortable that you can read, respond to emails, or catch up on shows while undergoing treatment.

How exactly CoolSculpting works was discovered in the 1970s, but it’s been the go-to method for non-invasive fat freezing for decades. Now, CoolSculpting Elite is available, which reduces a higher percentage of fat per session than its predecessor. This means you’ll get the results you want faster, and perhaps with fewer sessions. You can reduce an average of up to 25% of fat per target site* so that come summertime you’ll feel as fabulous as you really are. CoolSculpting is an excellent confidence-booster (even if you aren’t gearing up to reprise the most famous role of your career). To learn more or schedule a CoolSculpting consultation, contact RefinedMD by calling the office or simply completing the online form.