Is It Too Far into Summer to CoolSculpt? 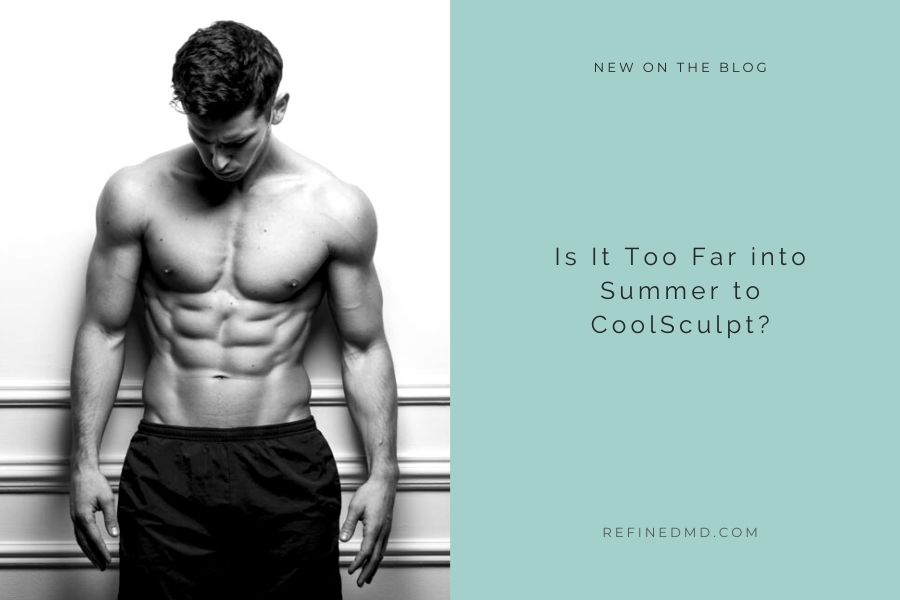 10 Jul Is It Too Far into Summer to CoolSculpt?

Posted at 05:00h in CoolSculpting by dev

Although it’s true that CoolSculpting results aren’t immediate, that doesn’t mean you’ve missed your chance to get some gorgeous results this summer! RefinedMD combines the power of CoolSculpting with the expert application so you are guaranteed the quickest and most dramatic CoolSculpting results possible. If you’ve been thinking about CoolSculpting but summer planning got away from you, don’t worry. You can still schedule your sessions and have time to show off your summer body in that swimsuit or sundress.

CoolSculpting is the non-invasive option to sculpt and tone the body by freezing away unwanted fat. This doesn’t just reduce the size of the fat cells, but it actually “kills” them. Unlike diet and exercise, which don’t allow for targeted fat loss or get rid of fat cells for good, CoolSculpting actually removes fat cells permanently. It’s also non-surgical, which means that, unlike liposuction, Coolsculpting is non-invasive and requires no needles and no downtime. However, this also means it’s not a “fat loss” procedure. CoolSculpting is best for clients who are close to their target weight but just need a little extra sculpting help.

Fat cells actually die at certain temperatures, but the technology behind CoolSculpting was discovered by accident. In the 1970s, researchers were curious why children who ate a lot of frozen treats had less fat on their faces. It turns out that these kids were accidentally freezing away their facial fat. The science behind CoolSculpting was born, and today CoolSculpting is one of the most popular and effective means of body sculpting.

CoolSculpting is also an excellent complement to other procedures such as Qwo and the Emsculpt technologies. Qwo is the only FDA-approved injectable to reduce the appearance of cellulite by releasing the fibrous bands that make the impression of an orange peel on the skin. Reducing fat cells can help with cellulite as well, but a lot of the time cellulite is simply there no matter your size or weight. Combining the contouring of CoolSculpt with the cellulite-blasting of Qwo has given many women the confidence to rock a swimsuit cover-up free and you could be next!

CoolSculpting is also routinely paired with the various options within the Emsculpt family. The original Emsculpt technology builds muscles by making muscles contract 20,000 times in just half an hour. The latest Emsculpt NEO combines muscle-building with fat-busting by using radiofrequency technology to burn fat for good. However, if you want a one-two punch of fat-busting along with a little muscle toning, try Emsculpt NEO and CoolSculpting together. You’ll get even more dramatic results faster with the added bonus of more muscle mass.

Emtone is another option for cellulite treatment with absolutely no needles. If you’re interested in CoolSculpting because of the non-invasive approach, combining it with Emtone might be for you. Emtone is known for reducing the appearance of cellulite just about anywhere but also helps with skin laxity. For a truly indulgent experience, let’s talk about pairing CoolSculpting with Emtone to get gorgeous results in time for your late summer vacation.

What to Expect with CoolSculpting

You can opt for CoolSculpting just about anywhere on the body and even under the chin. Appointments are fast, easy, and comfortable. Many clients work, read, or entertain themselves with shows or books while undergoing treatment. The sensation can feel a little odd the first time, but it’s not uncomfortable. After CoolSculpting, you may experience slight redness, swelling, or bruising, but it will not interfere with your daily tasks. Clients get right back to their day after their treatment with the peace of mind in knowing that they’re going to watch their bodies get more sculpted week after week.

It’s impossible to sculpt and contour precisely through diet and exercise alone. A healthy diet and active lifestyle are important, but CoolSculpting can target fat and give you customized results. That’s why it’s such a great complement to working out or other treatments like Emsculpt and Qwo. If you’re ready to take your look to the next level in the nearly post-pandemic summer, CoolSculpting might be for you. Find out more or book your CoolSculpting sessions at RefinedMD today by completing the online form or calling the office.