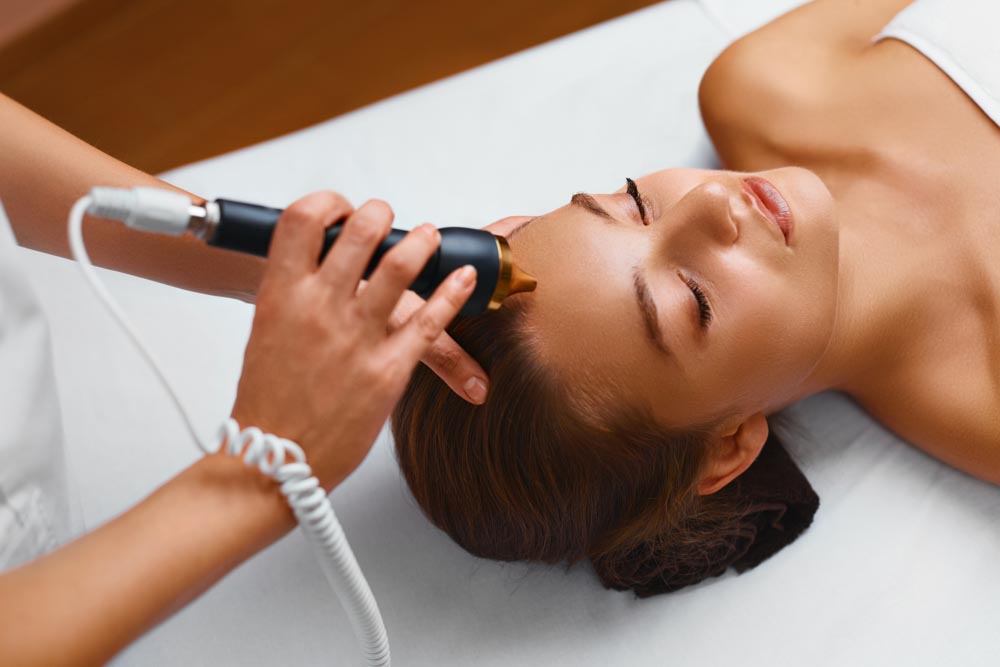 Posted at 05:00h in Rosacea by hradmin

Rosacea is a very common skin condition that’s chronic and affects around 415 million people around the globe. It’s regularly treated at RefinedMD, both as a medical condition and as an esthetic concern. Since rosacea is a medical condition that causes redness, heat, and sometimes bumps on the face, the process of diagnosing rosacea and some treatment options may be covered by insurance providers. However, solely treating the esthetic concerns of rosacea is considered cosmetic—this leads to the best results, but is not covered by insurance.

In some regards, rosacea shares similarities with acne. It’s a medical condition, but because it’s so common and usually not painful it’s also thought of as a strictly esthetic concern. Rosacea is most often found on the cheeks, which makes it look like a person is perpetually blushing. It can also be found on the nose, chin, and forehead. The primary symptoms of rosacea involve flushing and redness in the face, swollen eyes, red eyes, dilated blood vessels, bumps and skin thickening, and sometimes lesions that look like acne.

There’s no cure for rosacea, but there are ways to minimize flare-ups. Most rosacea sufferers have unique triggers, most commonly spicy food, extreme heat or cold, UV radiation, and certain beverages including alcohol. The good news is that the symptoms of rosacea are treatable—usually via esthetic procedures. One of the most popular and effective approaches is laser skin rejuvenation, and we’ve come a long way since the skin lasers of the 1960s. Treating dilated blood vessels and redness, regardless of the cause, achieves great results when using today’s lasers. However, there are four different types of rosacea, which means identifying the best treatment starts with a correct diagnosis. Rosacea is a good fit for a virtual consultation at RefinedMD so you can take the first step towards diagnosis followed by a customized treatment plan.

Erythematotelangiectatic rosacea presents as a chronic redness of the face. Blood vessels often become visible and enlarged. This type of rosacea is prone to flaring up and disappearing, but without treatment it can become more persistent, affect more of the skin, and even turn permanent. Papulopustular rosacea presents with “whiteheads” similar to acne, most often appearing on the chin, forehead, and cheeks. It may be misdiagnosed as acne initially, which is why it’s critical to see a reputable dermatologist for any skin condition. This type of rosacea may also present with flushing and redness, and in severe cases around 40 blemishes may appear on the face, neck, scalp, or chest.

Phymatous rosacea is prone to scarring and making the skin thicken. It’s known for presenting with swelling, bumps, and discoloration. It’s most often found on the nose, sometimes creating rhinophyma (bulbous nose). Men are more likely to have this form of rosacea. Finally, there’s ocular rosacea that affects the eyes. Eyes may become bloodshot, watery, and patients often describe a burning sensation. Untreated, this rosacea can cause permanently sensitive eyes, dry eyes, and cysts might occur on the eyelids.

Once a correct diagnosis has been achieved through a consultation, treatment can begin. A variety of laser technologies, such as the LaseMD and HALO, may be recommended based on the type of rosacea and the severity. Lasers emit a beam that is absorbed strictly by red pigments, such as those in blood vessels. Multiple laser treatments are often recommended. Simultaneously, your doctor will work with you to help pinpoint your unique triggers. Avoiding these triggers is one of the best things you can do to minimize rosacea flare-ups.

Combination therapy is a personalized approach to rosacea management that your dermatologist and esthetician may recommend. This might include oral therapy, such as Accutane (particularly for ocular rosacea). Rhofade is a topical medical-grade cream that can be helpful in treating rosacea symptoms. Two clinical trials have shown that Rhofade reduces rosacea for 12 hours and patients noticed improvement in redness when using it daily. Find out more about diagnosing rosacea and treatment options by calling RefinedMD at (408) 688-2082.