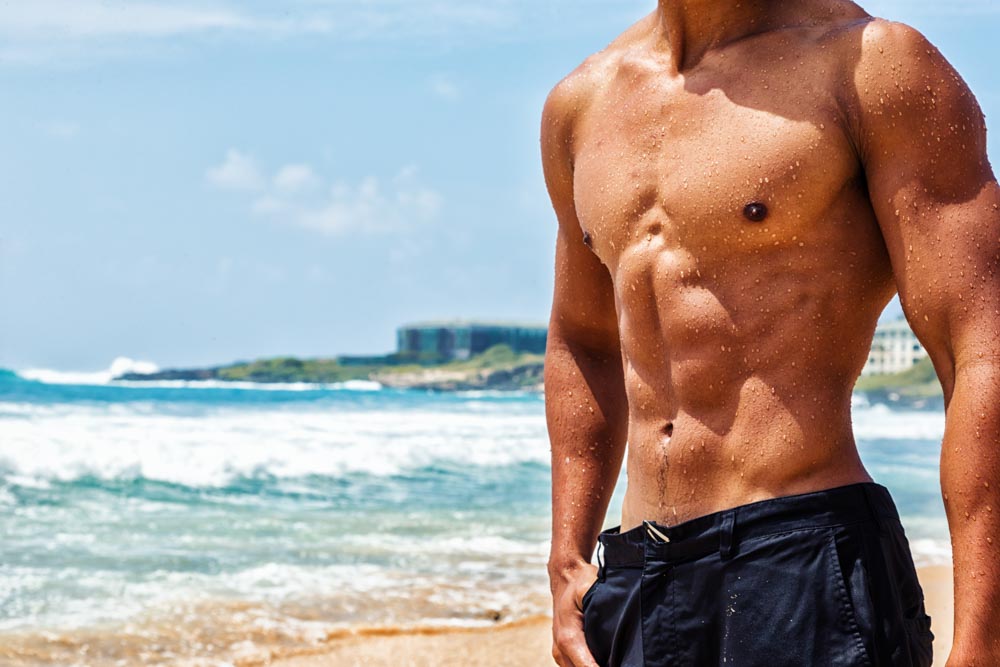 If you’re like most people, you’ve learned the hard way that diet and exercise can only do so much. That’s why RefinedMD offers three key ways to contour, sculpt, and shape your body using non-invasive, non-surgical approaches. From CoolSculpting and Vanquish to Emsculpt, you’re now in total control of trimming away excess fat for good and building muscle only where you want it.

CoolSculpting is one of the most renowned methods for permanent fat removal without the need for surgery. It works by “freezing away” targeted fat through a series of 30-minute sessions. CoolSculpting was discovered by accident decades ago when scientists wanted to know why children who regularly sucked on Popsicles had less fat in their cheeks. It turns out that freezing temperatures “kill” fat cells, and once fat cells are frozen away they’re gone for good. This led to years of research and the development of CoolSculpting as we know it today.

You’ve probably heard the saying that there’s no such thing as targeted fat loss—until now. Everyone is born with their own unique fat cell count and distribution. Fat cells can shrink or grow with diet and exercise, but their distribution will always stay the same unless those cells are permanently removed. That’s why some people put on weight in different areas, or why that pudge won’t budge no matter how healthy your diet is. Before CoolSculpting, the only way to permanently remove fat was through liposuction, and while it’s effective, liposuction is still a surgery with all of the risks, expenses, and downtime associated with an invasive procedure.

Unlike liposuction, CoolSculpting results appear over several weeks, with clients achieving ultimate results about six months after their last procedure. A slow but steady approach ensures skin doesn’t become loose or saggy from a sudden change in body shape. Your exact number of CoolSculpting sessions will depend on your body and goals, with most clients benefitting the most from three to five sessions.

However, if you’d rather heat things up when it comes to non-invasive fat removal rather than keep things chill, there’s another option—Vanquish.

Vanquish is one of the latest non-surgical body contouring procedures, and uses a Selective RF system instead of the “deep freeze” used in CoolSculpting. Vanquish sends energy into the body to destroy targeted fat cells. Unlike CoolSculpting, the Vanquish machine never even touches your skin! Rather, it is placed close to the target area and sends energy to the target sites. Vanquish can be used on the belly, thighs, love handles, and other problem areas. Most clients benefit from four treatments over four weeks.

Vanquish features sensors in the technology that can “read” your body fat and determine the ideal energy for treatment. Skin is heated to 101 degrees at the epidermis level, while the targeted fat is heated to 120 degrees. This is the ideal temperature to destroy fat cells for good. Many clients say that Vanquish is the most comfortable fat-destroying procedure of all. While CoolSculpting is comfy and most clients scroll through their phone, work, or read during treatments, it does have a “sucking” sensation that can feel odd.

Clients love Vanquish because it gives a “hands-off” approach that has all the same perks as CoolSculpting, like virtually no risk of side effects and no downtime. Full results are revealed in the weeks following the last Vanquish treatment.

Being slim with a low, healthy body fat isn’t enough to achieve today’s ideal body. You also need strong, shapely muscles not only for aesthetics but to be healthy. However, strength training takes a lot of time, effort, and can be risky. Emsculpt is a non-invasive treatment that forces the body into 20,000 supramaximal contractions. That’s the same as 20,000 lunges, squats, or crunches! It takes just 30 minutes per treatment and is comfortable and pain-free. However, do keep in mind that even though you’re not breaking a sweat, your body is still performing the equivalent to 20,000 perfect reps in half an hour. You’ll likely be a little sore in the days that follow, but that’s simply your muscles growing and repairing.

Your Body Will Thank You

Combining targeted fat loss treatments with Emsculpt is the double-whammy you deserve to quickly, safely, and effectively achieve the body you’ve been dreaming of. To learn more or to schedule your appointment, contact RefinedMD today.